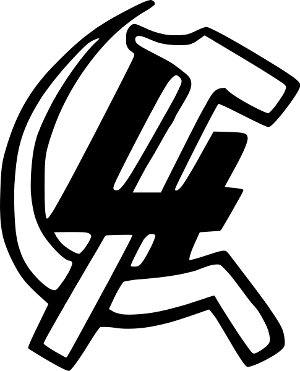 Declaration of the constitution of Coordination Committee (UIT-CI/ILC)

Capitalism is going through an economic, political and historic crisis. All capitalist ideologists and economists concentrate their efforts in the recovery of capitalism but they cannot achieve it. A solution under capitalism to the actual crisis presents a desolating future for humanity. Imperialism and the bourgeoisie want to make the working class and the popular sectors to carry the weight of the crisis, but the workers reject paying the price of the capitalists’ benefits with unemployment, poverty and misery and they begin to fight all over the world. The youth also mobilizes, rebelling against the lack of alternatives and the abuses it’s submitted to. Strikes are shaking Europe, China and Latin America. The peoples of Northern Africa and the Middle East have rebelled against their dictators, and the revolutions are making them fall one after another. Popular sectors, indigenous peoples and peasants against impoverishment and the looting of natural resources also join the struggle.

In all these struggles exists the problem of their current bourgeoisie, reformist or bureaucratic political leaderships, which try to limit the objectives of the struggles to solutions inside the boundaries of capitalism.

Faced with this, as UIT-CI (International Workers Unity-Fourth International) and ILC (International Liaison Committee) , we consider the unity of revolutionaries an important issue more than ever. We deal with responsibility the need of building a revolutionary leadership to advance in the only favorable way out for workers and peoples: a socialist revolution so that workers govern.

We share the same characterization and policy about the revolutions in Northern Africa and the Middle East, the class struggle in Europe, about Castro-Chavism and the popular front governments in Latin America. We have also realized joint campaigns in support of the Syrian revolution, the worker candidature of Orlando Chirino in Venezuela, the solidarity with workers struggles, and against the criminalization of workers and popular protests.

Now we have decided to constitute the Coordination Committee (UIT-CI/ILC) to deepen our relations. The objective of this Coordination Committee is to reach unity advancing towards a common international organization. We will develop campaigns and plan together our common intervention in the main processes of the class struggle. We want to continue the political discussion about the subjects in which we maintain differences, in the path to finally establishing a common organizational framework.

With the Coordination Committee (UIT-CI/ILC), we hope to give a modest but important step on the way of building a workers’ and revolutionary leadership, contributing our militant intervention in the mass movement and boosting the struggle of the working class all over the world with the objective of the building of world party of the revolution.

For the unity of revolutionaries!

For the reconstruction of the Fourth International!