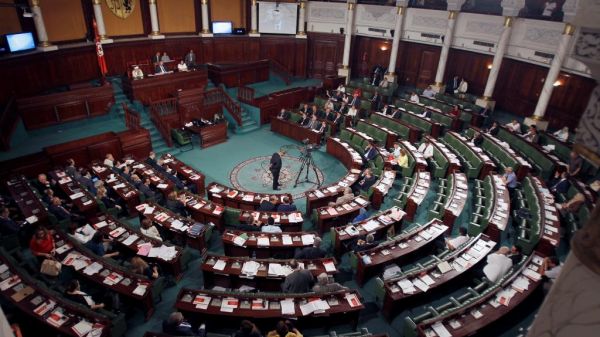 The Prime Minister Habib Essid’s government, unable to get the required amount of votes of confidence in the Parliament, was ousted as of last night (July 30, 2016). The one-and-a-half-year government could only get 3 votes of support while the remaining votes were shared between 118 rejections and 27 impartial votes. The call for a new “government of national unity” made by the President Beji Caid Essebsi two months ago was the incident that had started the process which brought Habib Essid’s government to undergo a vote of confidence. While Essid resisted to the pressures to submit his government under such evaluation for the last two months due to his fear of losing power, he eventually gave in and had to undergo the process of vote of confidence.

The crisis of mismanagement

Habib Essid is the Prime Minister of a coalition government formed by the two major political parties in Tunisia, namely Nida Tunus (the alliance of liberal-secularist, Burgibists and old rejime supporters) and En-Nahda (the Tunisian party of Muslim Brothers). The major criticisms against his government include his inability to resolve the economic and social breakdown in the country, his lack of success in increasing employment, and his failure to provide security against the threat of ISIS. While these criticisms are accurate, they are not complete. For instance, the economic and social breakdown that created the dynamics of revolution in the country has been going on since 2011. If we compare the data belonging to 2011 and 2015, we see that middle classes’ purchasing power decreased by 40% while the official unemployment rate has been around a high rate of 15,3%, which is still less than the employment among the youth that has been floating around 30-35%.1

The demand for work, bread and freedom that made the masses take the streets in 2010 in Tunisia had been the result of the wreck created by neoliberal policies. The masses overthrew Bin Ali, however the Tunisian left and the UGTT (Tunisian General Labor Union) turned their backs to the masses emphasizing the democratic nature of the revolution and the need to construct democracy before all. This discourse disregarded and put off the necessary economic and social transformations, which then allowed all governments that followed to continue with the same old neoliberal policies. As a result, the economic and social breakdown has only deepened; the legitimacy crisis of governments has become continuous and the masses have become alienated from the system.

“National unity” or “I love you but I love capital more”

Adding the four attacks carried out by ISIS within last year on top of this state of affairs, all bourgeois parties have embraced the “fight against terrorism” and “national unity” discourse and tightened their front. It is within these circumstances that the state of emergency laws have been implemented since last year and that the state has been repressing struggles for democratic and social rights. Meanwhile, privatizations keep on happening and a law that would grant economic amnesty is being discussed, which would benefit the representatives of the old regime, in other words the “forefathers” of corruption.

The President Beji Caid Essebsi called for further strengthening of the “national unity” government two months ago, which was also an indirect appeal to Habib Essid’s government to “get out of the way.” The plan suggested by Essebsi yet again involves establishing Nida Tunus and En-Nahda (these two lately pumped their prestige among bourgeois parties by stating in their latest congresses that they’d further separate state and religious affairs from each other) as the fundamental components of the government. In addition, Essebsi affirms that other parties and independent deputies could also become part of government and that the UGTT (Tunisian General Labor Union) and the UTICA (Tunisian Confederation of Industry, Trade and Handicrafts) constitute the two most likely additional components in his mind. That said, the position that the UGTT will take will be decisive both for the fate of the government to be formed and for the future of class struggle in Tunisia. If the UGTT, the most influential institution in the Tunisian recent history due to the role it played in the country’s struggle for independence, becomes a component of the government, it could facilitate the legitimacy propaganda of the latter and help better control the class movement. The reverse scenario is possible as well: Since 2011, the union bureaucracy has positioned itself in favor of the state and was unable to respond to the masses’ expectations for an economic and social transformation. Its further consolidation within the state apparatus could also lead to an increasing tension among the working class. It is true that the UGTT could create more speculations using further consolidated ties with the government. But it is also true that a bureaucracy that loses the bases of masses under its control will no longer be bureaucracy. So what is crucial to see here is that the programme of the future government will be no different than that of the last one and that what is being pushed here under the name of “national unity” is nothing more than the consolidation of capital and has nothing to do with improving people’s life conditions.

The Popular Front, the biggest corpus of the Tunisian left, could no longer hide behind the discourse that goes “we are defending the democratic gains of the revolution,” especially considering the fact that this discourse takes place in a country has been run under a state of emergency for the last year! Otherwise the masses will be alienated from the system, and even more so to the Left. The Tunisian working class and youth continue to struggle for their democratic, economic and social rights but each and every struggle remains isolated from each other. What is needed is a unity to be constructed based upon an emergency plan of action that will blend all democratic, economic and social demands through the perspective of the independence of the working class. It is only with such unity that it would be possible to pressure the reformist Popular Front and the UGTT bureaucracy. It is with such unity that the working class could understand that their alienation from the system is normal; that the system would never work to their advantage. And it is only by doing so that the Tunisian masses could take the initiative back into their hands again!