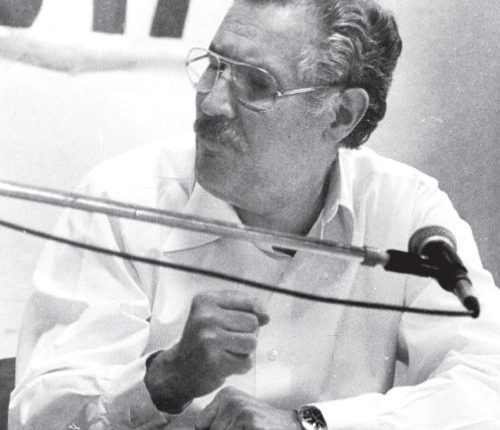 To be a Trotskyist today

Let’s start with understanding what it means to be truly Marxist. We cannot make a cult, as it has been done for Mao or Stalin. Being Trotskyist today does not mean agreeing with everything that Trotsky wrote or said, but to know how to critique or exceed him, same as with Marx, Engels or Lenin, because Marxism intends to be scientific and science teaches that there are no absolute truths. This is the first thing, to be Trotskyist is to be critical, including of Trotskyism itself.

On the positive side, to be Trotskyist is to respond to three clear analysis and programmatic positions. The first is that while capitalism exists in the world or a country, there is no real solution for absolutely any problem — starting with education, art, and getting to the more general problems of hunger, increased poverty, etc.

Coupled with this, although not exactly the same, the approach that a merciless struggle is  needed against capitalism until their defeat, to impose a new economic and social order in the world that cannot be other than socialism.

Second problem, in those places where the bourgeoisie has been expropriated (I speak of the USSR and of all countries that call themselves socialist), there is no solution if workers’ democracy does not prevail. The great evil, the syphilis of world labour movement is bureaucracy, the totalitarian methods that exist in these countries and labour organizations, unions, parties who claim to be of the working class, and have been corrupted by the bureaucracy. And this is a big wise move of Trotsky, who was the first to use this terminology, which is now universally accepted. Everyone talks about bureaucracy, sometimes even the rulers of these states we call worker states. Without the widest democracy you cannot begin to build socialism. Socialism is not just an economic construction. The only one to make this analysis was Trotskyism, and it was also the only one who drew the conclusion that it was necessary to make a revolution in all these states and in the unions to ensure workers’ democracy.

And the third, decisive, question is that it is the only one really consistent with the actual global economic and social crisis, when a group of large transnational companies dominate almost the entire global economy. To this socio-economic phenomenon we must respond with an international organization and politics.

In this era of nationalist movements who believe that everything can be solved in the own country, Trotskyism is the only one who says there is only solution at the global economy level inaugurating a new order, which is socialism. For that, it is necessary to return to the socialist tradition of the existence of a socialist international, which addresses the strategy and tactics to achieve the  defeat of the large corporations that dominate the world, to inaugurate world socialism, which will be global or will not be.

If the economy is global there has to be a global policy and global organization of workers so that for every revolution, for every country that makes its revolution, it can extend it on a global scale on one hand and on the other hand, it can give increasingly more democratic rights to the working class,  so they can take their destiny in their hands by way of democracy.

Socialism cannot be anything but global. All attempts to make Socialism national have failed, because the economy is global and there cannot be a socio-economic solution of the problems within the narrow borders of a country.

To enter the organization of world socialism the multinationals have to be defeated globally.

Therefore, the synthesis of Trotskyism today is that the Trotskyists are the only ones in the world who have a global organization (small, weak, whatever you want) but the only existing international, the Fourth International, which incorporates all the tradition of previous internationals and updates it against the new phenomena, but with the Marxist view: that an international struggle is needed.