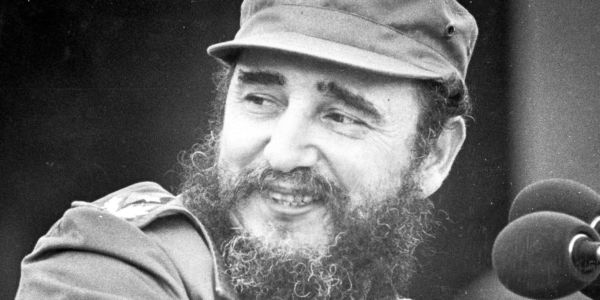 On the death of Fidel Castro

The announcement of the death of Fidel Castro has had a great global impact. The Cuban people are in mourning. Millions in the world mourn the leader who directly led, along with Che, the Cuban revolution of 1959 who was an example for the revolutionaries and fighters of the world. We accompany the grief of the Cuban people and the fighters of the world left, but as socialists we have had serious discrepancies with the positions of Fidel Castro and the leadership of the Cuban CP.

We repudiate all the expressions by the reactionaries of the world, especially the gusanos[1] of Miami witchery and Donald Trump, who came to celebrate his death.

The Fidel with whom all the anti-imperialist and socialist fighters identify themselves is the one who with Che and Camilo Cienfuegos headed the triumph of the people that crushed the dictatorship of Batista in January of 1959. The Fidel of the agrarian reform, the one who broke with Yankee imperialism and expropriated the sugar and oil multinationals and the Cuban bourgeoisie and landowners. These were measures that enabled the Cuban people to enjoy broad achievements in health and education. The Fidel fighting the Yankee invasion in Playa Girón and the Fidel who in the second declaration of Havana of February of 1962 declared for socialism in Cuba and said that “the duty of every revolutionary is to make the revolution”.

But unfortunately, there was another facet of Fidel Castro that we cannot fail to point out at the moment of his death. We know this can bother thousands of fighters who still believe in him.

The revolutionary course we have described was truncated by the agreement of Fidel Castro with the bureaucracy of the Communist Party of the Soviet Union. Since the mid-1960s Fidel had accepted the Stalinist policy of “peaceful coexistence” with imperialism and of abandoning Che’s policy of extending the socialist revolution to America and to the world. Since then, Fidel Castro began to play against the advance of all revolutions. A single-party bureaucratic regime that still exists was consolidated.

When the people of Czechoslovakia in 1968 rose against the dictatorship of Stalinism, Fidel supported the invasion of the Russian tanks that drowned in blood the anti-bureaucratic revolution. In Nicaragua, when the dictator Somoza was defeated in 1979, Fidel supported that the Sandinistas form a government with the anti-Somoza bourgeoisie and not to advance in measures of expropriation, advising “not to make of Nicaragua another Cuba”. More recently, in Venezuela, Fidel supported Chavez and Maduro’s false “socialism of the 21st Century”, making believe that the country was “building socialism” when the opposite is being done. Chavismo kept the capitalist structure, created joint ventures in oil in agreement with the multinationals, like Chevron, Total or Repsol, fomented a Bolivarian bourgeoisie, criminalising protest and starving the Venezuelan people. Also in these years Fidel and the Cuban leadership endorsed the false “progressive governments” of Lula and Dilma in Brazil, Evo Morales and the Kirchners who applied adjustments against their peoples. And to the interior of Cuba, the achievements of the revolution were being eliminated over the years.

Since the end of the last century, he had been promoting the policy of relying on foreign capital, opening up the Cuban economy to Canadian and European multinationals, restoring capitalism.

We accompany the pain of the Cuban people at this time. And we continue to call on them to fight back to retake the banners of the revolution of 1959 and Che’s message, “socialist revolution or caricature of revolution”, and supporting their right to independent organization — trade union, student and political — against the regime of single party.

Cuba needs a new socialist revolution with democracy for the working people, which will once again be the beacon for the anti-capitalist and anti-imperialist fighters of Latin America and the world.

[1] Gusanos (maggots) is the Spanish term used for reactionary Cubans living in the US, particularly in Miami.

All imperialist and expansionist forces, out of the Middle East! We are calling the…

Lebanon: the victory of the masses! Hariri’s government collapses! Fight on!

Popular uprising in Iraq: “The people want the fall of the regime!”

Comments are closed, but trackbacks and pingbacks are open.