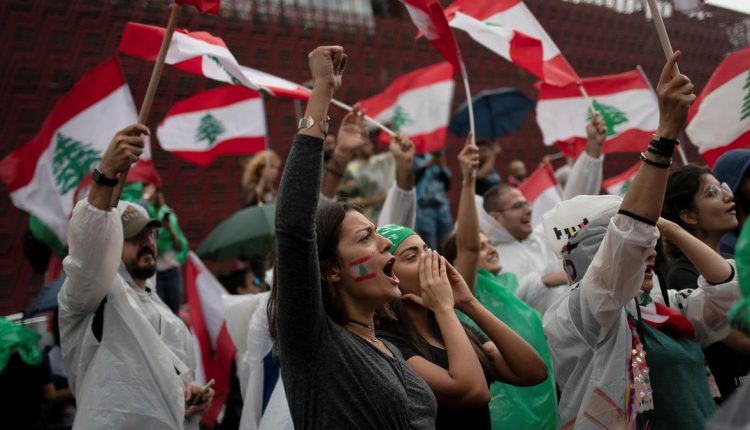 El Socialista, the publication of Izquierda Socialista in Argentina, interviewed with Görkem Duru from the Workers’ Democracy Party (Turkey), the official section of the International Workers’ Union (IWU-FI), about the mobilizations of recent weeks in the Middle East.

What triggered the revolts in Lebanon, Iraq and Iran?

The bad economic and social conditions that condemned the masses to poverty caused the mobilisations in these three countries to explode. In Lebanon, it was the government’s decision to create a new tax on WhatsApp and other Internet services that led to the rebellion. In Iraq, the working masses took to the streets because of the high rates of unemployment and poverty. In Iran, the fuse of mass protests was lit when the government raised the price of fuel to almost 300 percent. These have been the factors that sparked the revolts. At the bottom lay the unease of the masses over the nefarious capitalist policies of the governments of these three countries. The “garbage revolt” of 2015 in Lebanon, the rebellions of 2011, 2015 and 2018 in Iraq and the struggles that were coming from 2016 to 2018 in Iran, were signs of the discontent of the masses. It would interest two examples to show destruction caused by neoliberal policies in those countries. In Iraq only 48.7 percent of the active population is working. Of the 38 million inhabitants of the country 13 million of them almost 30 percent of the population lives in poverty. In Iran, GDP fell by 9 percent this year and inflation is around 40 percent. As a result, food prices have risen three or four times. In Lebanon, the government has been trying to implement austerity policies since April this year to respond to the severe economic crisis. To make the working people pay the bill of the crisis, it set as an aim to eliminate public expenditures, lower the salaries of public workers and raise taxes. So, the poor have become poorer, without access to public services such as electricity, water and sanitation. The level reached by the policies of capitalist exploitation opened the way to the mobilisations of the masses with economic demands.

You say that it was the economic demands that provoked the revolts. But in these three countries the masses shout “The people want the fall of the regime”, a slogan that has been repeated in many countries of the Middle East and North Africa since 2010. How do you see it? How is the progress of mobilisations?

Yes, in fact, the demonstrations that began spontaneously with the economic slogans quickly spread and took on a political character against both governments and regimes. There were conditions that facilitated the emergence of democratic demands. The strong repression of the mobilisations by the state apparatuses (the repression in Iraq and Iran caused over 400 deaths) has been one factor for the masses to direct their anger against the governments and regimes. In fact, there had already been rebellions in those countries in the recent past and the governments promised structural reforms to quench them, promises never fulfilled. And the standard of living of the people went from bad to worse. As a result, the masses began to question the regimes more harshly. After the last revolts began the governments of Lebanon and Iraq again promised reforms, however, this time the masses did not retreat from the streets, nor after the prime ministers of these two countries resigned. This shows us the level of anger of the masses. In Lebanon, people were shouting, “Let They all go! The masses demand a secular system instead of the sectarian, oligarchic and corrupt regime built on the interests of imperialism after the 1975-90 civil war. In Iraq the masses hate the regime built after the intervention of the United States (2003) with American and Iranian collaboration based on oligarchic hegemony over oil and dividing the country along sectarian lines. In Iran, apart from the economic demands, there is a struggle against the regime of the mullahs with democratic slogans. In the three countries the working class, women and youth organise street protests and regional strikes with both economic and democratic slogans. Considering the demands, the character and the vanguard of the current rebellions, we can say that all of them are part of the revolutionary process that started in the Middle East and North Africa.

Unfortunately, there were no leaderships capable of getting the masses to meet their demands. We already know the result, or rather everyone must have seen it. The lack of revolutionary leadership in the example of Tunisia made the revolution stop in the middle of the road, in the democratic stage, by the policy of democratic reaction applied by the bourgeoisie with the help of imperialism and with the approval of reformism. In Egypt and Syria, the army, imperialism, reactionary bulbs (Hezbollah, ISIS, etc.) And the countries of the region tried to crush the mobilizations of the masses. A more current example is Algeria. The mobilisations that started in 2019 could defeat the dictatorship of Bouteflika. However, the bourgeoisie and the army try to sustain the regime with the methods of democratic reaction. They want to make a “transition” by electoral means so that the regime does not fall. But the struggle of the masses against the regime continues.

Also, the working peoples have had experience in the last nine years. The lack of revolutionary leaderships in the process that began in 2010 caused “moderate Islam” like the Muslim Brotherhood to triumph in many countries. But the neoliberal policies of these reactionary leaderships deepened the poverty and exploitation of the masses. And today in countries like Lebanon, Iraq and Iran the peoples reject religious sectarianism because of the experiences they have had throughout this period.

However, revolutionary leaderships have not yet emerged in the area. This lack will be a determining factor in the course of the revolts. This also applies to revolutionary processes in other parts of the world. This is equally important today in Chile, in Colombia, in the struggles of the masses against the policies of capitalist exploitation. Today the slogans “it’s not 30 pesos, it’s 30 years” and “The people want this regime to fall” are manifestations of the same popular anger. The construction of a revolutionary leadership in one of these countries will be an example for the masses to follow the same path. Therefore, the construction of a program of struggle that can unite the economic and social demands based on the independence of the working class and internationalism, with the perspective of a rupture of capitalism and imperialism, and the unification of the struggles of the masses around this program are the urgent tasks that we revolutionaries have to assume and carry out.