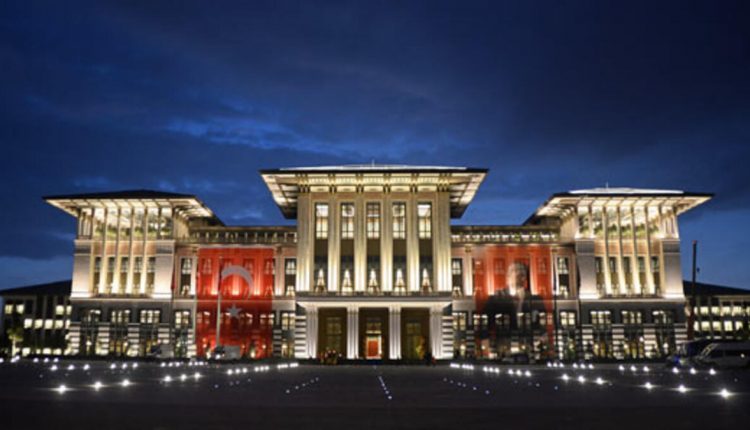 The rotting of the palace regime

It has been nearly a month since Erdogan announced that they “initiate a new era of economic and legal reforms.” This statement was made in the immediate aftermath of the dismissal of the Minister of Economy (known as the Groom Minister since he is Erdogan’s son-in-law) and the examination of Osman Kavala’s legal case by the Board of Judges and Prosecutors (1). It thus raised questions as to whether AKP is going for a new shift of action. But just a month later, on the agenda of the Palace alliance now are discussions over whether HDP should be closed, or whether the Minister of Interior could appoint trustees to any association using discretionary power or not.

This time around, even the most optimistic liberals who had supported AKP for many years were skeptical of the aforementioned reform announcement. Following Erdogan’s promise of reforms, Çakıcı (a mafia leader) threatened Kılıçdaroğlu (head of CHP, the biggest opposition party) with death; Bahçeli’s (head of MHP, the nationalist party that has been in an alliance with AKP) demanded that the “HDP’s door be locked to be never reopened,” and Semih Yalçın, his assistant, stated that “HDP is a pest swarm that should be exterminated.” These developments clearly demarcated the boundaries of the Palace’s capacity to reform.

It is undoubtedly not easy for us, the mortals, to make a clear prediction regarding the plots of the Palace and the plans of the People’s Alliance (the alliance between AKP and MHP). However, it seems likely that the discussions over HDP’s closure will be removed from the agenda for now — just like the discussions over death sentence are brought up on the agenda from time to time and then shelved again for later. What is certain is that the Palace and its allies could not get what they want from their repression policies anymore and that their social base is melting down each day. Intensifying the repression cannot stop this process. Instead, it results in increased support for the opposition parties. For instance, voter support for HDP does not fall below 10%, despite the fact that thousands of its members have been arrested and that the government appointed trustee mayors to all HDP municipalities. Such is the dilemma of the Palace alliance.

The Palace, which has gathered all powers of the state in its hands, is drifting in a way that is steeped in decay, corruption and lies despite all its apparent majesty. The zigzags and the maneuvers that contradict the previous ones are apparent in all areas from economy to foreign policy, and they are causing the deepening of social destruction. The repeated scandals in the management of the pandemic alone reveal the insolvency that the Palace has fallen into. The price of the disastrous policies implemented to favor the bosses are being paid by the lives of tens of thousands of people. Despite numerous warnings by medical authorities, the process of providing vaccines turned into a big fiasco. These demonstrate that the regime has reached a state of “multiple organ failure.” Under these circumstances, it does not seem possible that the repression policies that are being implemented will yield any results other than extending the exhausted life of the regime on a daily basis.

In the face of this unprecedented state of destruction caused by the Palace, the burning need for a political option that will raise the voices of the working people and the oppressed is becoming more pronounced every day. Neither the opposition to the Palace, nor the post-regime process can be left at the mercy of the Nation Alliance. The heavy misery and injustice that will be inherited from the Palace are too deep to be resolved through the “moderate transition” plans of the Nation Alliance. An important part of the workers’ organizations and the left have already lost a considerable amount of time dreaming of the establishment of a “democracy front” with CHP or hoping for a salvation by the Nation Alliance. Others preferred to keep going with their daily political activities and turned their backs on unitary efforts, continuing to act as if they were the only revolutionary formation. The decay of the regime and the pro-boss policies of the Nation Alliance that waits for the power to be offered to them on a golden plate should make it clear to all workers ‘organizations that what is needed is a political option independent of the parties of the bosses. As a first step, we must implement the widest unity of action around an urgent action plan against the Palace’s anti-worker and oppressive policies.

(1): Kavala is accused of being one of the organizers of the anti-government Gezi protests in 2013 as well as of the failed coup attempt in 2016. He has been in jail for more than three years due to these false accusations.