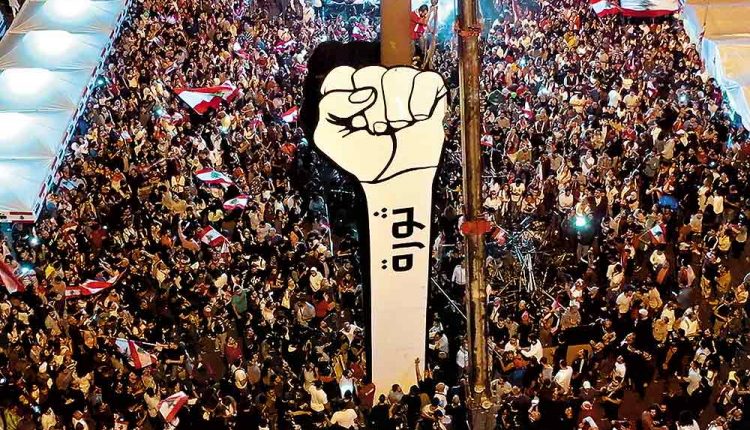 Tripoli is the second most important city in Lebanon in terms of its population as well as its economic and administrative weight, so it is known as “the second capital” of Lebanon.

The population of Tripoli is close to one million. It is one of the oldest cities in the Mediterranean region and has a historical importance as well as a geographic one because of its strategic location.

The neoliberal economic policies have gone too far to be solely characterized as mafialike; they are mainly based on indebtedness, rentier investment, and borrowing. They destroyed the productive sector as well as the employment levels in the country, and Tripoli’s share in being affected by these policies was the largest.

Over the decades, various industries in Tripoli have been destroyed. The oil refinery that used to be there was suspended; its port was neglected, and so were all the development projects that were launched starting in the seventies of the last century: the Olympic stadium, the international exhibition, etc.

The basic services, such as education, health, hospitalization, and environment have worsened dramatically and seriously.

As a result, the unemployment rate rose to unbearable levels among the residents of the city. The poverty rate increased to more than 60% of the city population, making it the poorest city on average within the region, even though perhaps the wealthiest people of the region, whom can be counted on the fingers of one hand, are from there.

Over the last three decades, the dominant regime forces, as well as the regional powers, viewed the poverty-stricken city of Tripoli as a prey that could be tampered with by deploying militia forces to serve the goals of local or regional parties.

The distribution of “humanitarian” aid was an opportunity to take advantage of people’s poverty and destitution and it was used as an excuse to form assault gangs or armed militias, just as corruption was employed in the parliamentary or municipal elections through vote buying.

With the eruption of the current economic, financial, and social crisis two years ago, the suffering of the people of Tripoli was doubled. Therefore, Tripoli’s participation in the October 17 uprising was distinctive, which is why the Lebanese people refer to it as the bride of the revolution.

The outbreak of the Coronavirus pandemic and the repeated general closures have tightened the screws on the people of the city, most of whom work on a daily basis to get their daily food.

The increasing pressure pushed the people of the city to rise again, and with greater force, so the repression came in the form of security forces and the army directly firing bullets at the demonstrators, which led to the wounding of dozens, and the death of more than one demonstrator. On the last Sunday of January 2021, and in solidarity with Tripoli and its people, hundreds of Lebanese went to Tripoli to join the demonstrations there, breaking the travel ban implemented by the authorities and denouncing the repressive measures against the protesters from the city.