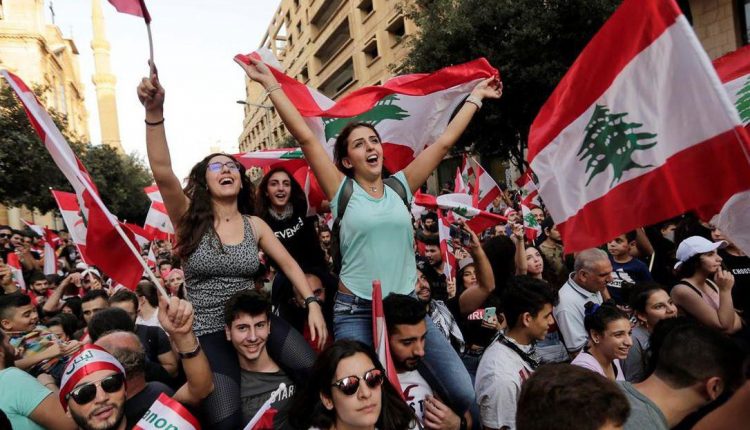 The people want the regime to leave!

In Lebanon, since 17 October, the most massive mobilisations in the country’s history against the austerity policies the government set in motion has continued. Starting especially in Beirut and other cities of the country, the people are on the streets. They are confronting, without taking a step back, the armed security forces’ tear gas and rubber bullets.

What has been the spark that ignited the masses was the governmental charge of a tax of 0.20 dollars per day on the use of the WhatsApp application. However, behind the massive fury are the country’s structural problems arising from the serious economic crisis.

Lebanon is one country with the highest foreign debt in the region and last May, the government of Saad Hariri agreed with other political forces on an austerity plan to take the economy out of the crisis. The plan was to make the workers pay the bill for the crisis, which includes measures such as cuts in public spending, lowering the salaries of public workers and raising direct and indirect taxes.

In fact, the Lebanese people already lacked supplies of electricity, water and gas, and there is not enough sanitary aid. Now the sum of further cuts in public services exploded the mounting popular rage. Another factor that provoked the anger of the people has been the insufficient intervention of the government, because of the social cuts, in the fight against the over a hundred forest fires that a week before had destroyed a good part of the natural wealth of the country.

After the mass mobilisations, the government withdrew its decision to impose new taxes on Internet communication. In addition, Prime Minister Hariri asked his colleagues to prepare a new plan against the economic crisis. However, the government’s steps have not calmed the people and put an end to demonstrations.

The Lebanese takes the current crisis not because of the government’s policies but as a problem of the corrupt capitalist political regime. In the focus of popular anger are the corrupt political parties of the regime mostly led by the richest businessmen who exploit the country’s resources. That is why the main slogan of the Lebanese streets is “the people want the regime to leave”. The same one that the masses of the Middle East and North Africa shouted since 2011 in Tunisia.

We, the International Workers’ Unit-Fourth International (IWU-FI), support the struggle of the Lebanese working people against the consequences of the economic crisis and against the regime that provokes it. We consider this struggle as the continuation of the mobilisations that began with the same slogans in 2011 in the region and that in 2019 followed in Sudan, Algeria, Egypt and Iraq. In Lebanon, to guarantee the rights won through mobilisations and the continuity of the workers’ and people’s struggle, we believe that it is very important to build a plan of struggle and a programme independent from the current regime and imperialism as part of the building of a new revolutionary and internationalist leadership. In this task the Lebanese socialists and class organisations have an enormous responsibility. We call on all internationalist revolutionaries to show solidarity with the fighting people of Lebanon.

All support to the Chilean people!