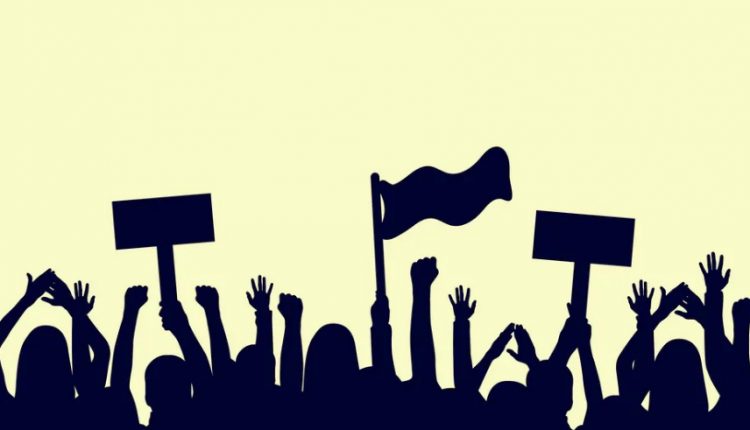 We have been emphasizing for some time that the class character as well as the monstrous and rotten state of the one-man regime has become much clearer before the eyes of the widest segments of the society during the pandemic period. This evaluation was clearly expressed by the most authorized name of the system too. After his cabinet meeting on March 29, Erdogan stated that “we saw the accomplishments that the Presidential Government System brought to our country” during the pandemic process and praised the virtues of “the rapid decision-making and effective implementation mechanisms.” Indeed, the pandemic process served as a litmus test in the fields of public health, economic management and democratic rights.

In the same speech, Erdogan announced the new pandemic measures of the Palace and, by doing so, presented new examples of the regime’s capabilities and rapid decision-making methods. He declared that the “gradual normalization” process that started on March 1st has been reversed again and announced a return to full weekend lockdowns and limiting restaurant services to take-outs and deliveries. However, none of these new zigzags and circular loops of the Palace are surprising for any of us. The essence of the issue was, again, clearly expressed in Erdogan’s speech: “In this process (…) the wheels of the factories never stopped.” So, measures that would allow the bosses to maintain their profits and the government to refrain from providing social aid will continue to be implemented “consistently.” In other words, we will keep on trying to catch the flies rather than draining the swamp.

The palace is well aware of how to tackle the pandemic. The Health Minister Koca, in his response to the question asking about his opinion on the “jampacked” AKP congresses, reminded all of us that the virus was transmitted “through close contact, and in enclosed and crowded environments” — the exact features that defined AKP congresses and workplaces! Therefore, they are fully aware of the fact that it is necessary to enforce a complete lockdown, to stop the wheels in the workplaces for a while, to hurt the bosses in the process, and to have the government provide social assistance to the workers during this period in order to effectively combat the pandemic. Because the Palace regime wants to avoid doing exactly these, it continues to burry its head in the sand “with fast and effective practices”.

Yet, the consequences of the Palace’s choices are quite heavy. While hundreds of people die every day because of the pandemic, millions of others who have lost their basic income to live, are pushed into the depths of an uncertain misery. What’s more, the Palace is taking new decisions that will deepen this misery. As the already problematic short-term work allowance policy was terminated, unpaid leaves, resignations with no compensation or lay-offs due to Code-29 are being pointed out as alternatives. While this is happening, promises of economic aid that are made to the small business owners including millions of people who are left to their fate can hardly be described as even charity.

The one-man regime literally failed in the management of the pandemic, and its only “virtue” in other areas seems to be its ability to make a 180-degree turns “quickly and effectively.” The cost of the policies regarding economic management, interests and inflation, and the functioning of the Central Bank reaching up to hundreds of billions of dollars will be charged to working people. Discourses of “diplomacy, dialogue, and reconciliation” have replaced the arrogancy and the adventurous attempts and efforts in foreign policy. The very first outcomes of the human rights action plan were the initiation of a closure case against the HDP, the removal of Gergerlioğlu’s parliamentary membership and the withdrawal from the Istanbul Convention. The “quick and effective decisions” of the Palace consist of more pressure and deepening misery and this fact is slowly becoming the common opinion of millions of workers, from the shopkeepers who protested in Konya to the autoworkers fighting for their right to unionize in Balıkesir.

The main question in the minds of millions of workers and oppressed who share this view is the same: How to get rid of the Palace regime? The Nation Alliance, with its ever-lasting hope that the Regime will rot on its own, allowing them to take over the power in the first upcoming elections, does not go beyond kindly expressing its criticisms against the attacks of the Palace. The majority of labor organizations and the socialist movement, which can be the real engine of change, persistently avoid taking the scene as an independent and united option. The gravity of the process we are going through and the approaching May 1st must be used as an opportunity to reverse this process. We must start acting with a united action plan against the increasing pressures and deepening misery, and prepare to make May 1st a united, massive day of struggle against the Palace’s attempts to ban its public celebration. In the face of destruction manifestos of the People’s Alliance, the liberation manifesto of the working people crystallizes as a united struggle plan and a mass May Day.