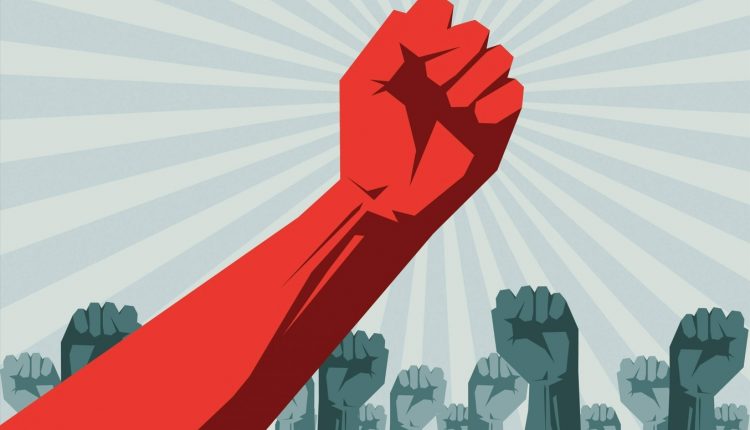 Workers will not be the guinea pigs of the Erdogan government!

It was not more than a year ago when Erdogan’s Palace government almost doubled the interest rates. Back then, Erdogan was arguing that the interest rates were “a bitter cure” and that raising them was a necessity for “our nation to look to the future with confidence.” Not long after, while the inflation reached its highest level in the last 20 years even according to the figures of TUIK (the Turkish Statistical Institute), Erdogan discovered “Nas” (reference to Qur’an, aka God’s words) and decided to lower the interest rates to a level well below the official inflation and asserted, “Who are we to speak [against what Nas commands]?” In the meantime, it was announced that the Turkish economy switched to the Chinese model with the claims to give priority to “production, employment, and investment.” Yet, after the dollar exceeded 18 liras, we stop hearing the authorities talking about the Chinese model. Instead, on December 20, the exchange rate was pulled down to 11 liras and a new system of convertible deposits was put in practice.

While this situation was presented as a great victory by the media controlled by the regime, the dollar exchange rate rose to 13 liras again in no time, less than two weeks after the “December 20 operation.” Moreover, it was revealed that approximately $20 billion was released to the markets through public banks as part of this operation. The Palace government, which spent more than $128 billion from the Central Bank reserves a year ago in order to keep the dollar at the level of 6.85 liras with low interest rates, continues to hope achieving different results using the same old methods. Meanwhile, the foreign currency reserves made available through foreign borrowing were offered as bribe to the oligarchs close to the Palace and these bankrupt policies were billed to workers in form of sharp price hikes. Now, the cost of the increase in foreign currency is billed to the Treasury with the new practice of “convertible deposit accounts.” The Palace administration, which has turned the country into a testing ground with its fleeting policies in almost every area, continues to push the working people into an unprecedented misery.

Even though the Erdogan administration desperately tries to regain the social support that he has lost with false propaganda such as “Historical minimum wage increase!” or “We brought the dollar to its knees!” the gigantic lie-making device and power of repression at his disposal do not provide the results he hopes for anymore. Working masses, who are getting poorer with each passing day and are fed up with the corrupt Palace order, are looking for a political alternative to get themselves out of this situation. However, the Nation Alliance parties, the biggest alternative to the government, insist on not going beyond calling for “early elections” even in the face of a profiteering worth of billion dollars such as the “December 20 operation” that squandered the future of the working people. This Alliance avoids putting a genuine plan of democratic transformation and exit from the current economic crisis in front of the working class. This is exactly the attitude to be expected from the bourgeois opposition parties. Their political goals are not ending the misery of the working people and establishing democratic rights; instead, they want to bring the existing order of exploitation and plunder back to its “normal limits.” For this reason, they find it “more realistic” to come to power by winning the upcoming elections and letting the country turn into a complete wreck in the meantime instead of mobilizing workers to get rid of the Palace regime.

Under these circumstances, the absence of a political alternative that raises the demands of the working people and the oppressed and calls the masses to action to achieve these demands continues to mark the political arena. If the discussions over a possible left alliance could go beyond electoral calculations and be placed on an axis that aims at mobilizing the masses in line with their urgent economic and democratic demands, it would be a first and important step in the direction of creating a real alternative. If we can take this step, we will be able to build the real option of getting rid of the oppressive regime of the Palace and the capitalist system of exploitation, both on the street and in the elections.