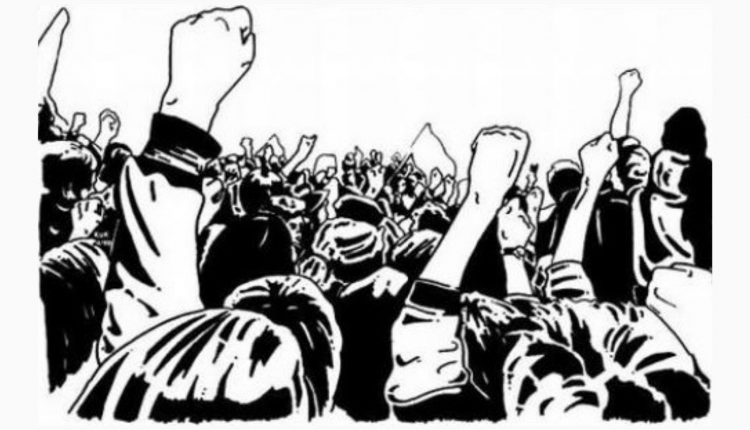 After the minimum wage had fallen below the hunger limit under the downpour of price hikes, there rose an expectation among the masses that the government might offer an interim increase in the minimum wage. Even the AKP-MHP spokespersons stated that a hike might be in horizon for the month of July. However, this possibility seems to have disappeared for now, when Erdoğan and the Minister of Labor each made it clear that a wage increase is not on the table until the end of the year. While Erdogan keeps emphasizing at every opportunity that “every month will be better than the previous month” for the economy and that “they made a historical increase in the minimum wage,” the purchasing power of wages is decreasing, and the misery of the working people is deepening every single day in the face of the storm of price hikes that have become impossible to keep up with.

In times of unprecedented prevalence of poverty, Erdogan shyly admits that they “are aware of the cost of living” and persistently refrains from taking any step further than offering ineffective VAT reductions. Another measure taken against the weakening of the voter support for the government in the face of the economic debris they have created consists of fine calculations aiming at reducing the number votes that will go to the opposition by changing the Election Law and further weakening the election security. While the “low interests, weak lira” policy of the People’s Alliance has resulted in a disaster for large segments of society, the people who are positioned close to Erdogan, wealthy depositors, banks, domestic and foreign loan, and the oligarchs of the regime who hold contracts with the government entitling them to be compensated in foreign currency from the state budget in case of loss, seem to be more than satisfied with the current situation.

While workers, overwhelmed by the economic destruction, seek a way out of the current impasse, the parties of the so-called “Alliance of 6” insist on not compromising their “extraordinarily responsible and moderate” line of opposition. In the face of both the economic destruction and politics of plunder of the Erdogan regime as well as all kinds of anti-democratic practices it espouses, the Alliance of 6 never goes beyond preaching to workers that they wait for the ballot box to appear. This situation provides the answers to why their recently announced “reinforced parliamentary system” proposal did not create excitement, or why their voter support hasn’t not increased as much as they expect. The CHP and its allies, which insistently refrain from mobilizing workers against the government, do not support the current workers’ actions and resistances; they now even prefer to not hold the rallies that they promised in December that they would, after having had the first one in Mersin. There is a self-consistent logic behind this conscious bourgeois policy. The CHP and its allies are trying to ensure that the workers and the oppressed passively vote for themselves and not mobilize for their rights or become politicized in social struggles. Because they believe that, when/if they come to power, this is the only way for them to guarantee the implementation of their politics of restoration of the capitalist system, whose cost, once again, will be paid by workers.

The hatred of the masses towards the Erdogan regime is felt more and more widely in every segment of society. The ongoing workers’ protests even though they take place in isolation from each other, tens of thousands of women who conquered the streets on March 8, millions filling the squares on Newroz, the struggles of the villagers who stood up against environmental massacres and policies that destroyed agricultural production… these are the reflections of the rising anger in different spheres. Contrary to the political line of the bourgeois opposition, the political line of the socialists and the labor movement must be shaped by efforts to mobilize the masses for their rights and demands and to unite the ongoing struggles around a common programme of action, rather than waiting for the elections. Let’s turn the approaching May 1 into an opportunity in this direction. Let’s raise the united labor alliance against the bourgeois alternatives in a united and massive May 1 mobilization.