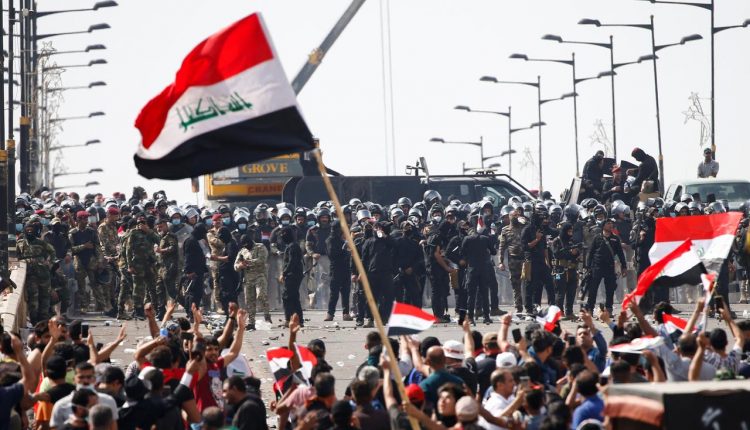 Popular uprising in Iraq: “The people want the fall of the regime!”

Revolt of the Iraqi people against capitalist destruction policies, lack of social services, corruption and sectarian regime has been ongoing since the early October. Although Prime Minister Adil Abdul-Mahdi’s government and the Iraqi state respond to mass mobilizations in the capital Baghdad and especially in the southern regions of the country with an intense crackdown and policy of violence, the workers do not leave the streets. So far more than 250 people were killed and thousands of people got injured in the demonstrations. The regime attacks masses with real bullets and gas canisters while trying to prevent the assembly of people through curfews, cutting the internet access, etc.

On the other hand, the Abdul Mahdi government had to announce a package of reforms last week upon witnessing that the state violence could not crush the mass movement. Even the Prime Minister’s announcement of a cabinet reshuffle, halving the salaries of top officials, aid package for poor families and establishment of new courts to fight corruption did not cut the rage of Iraqi people against the regime and did not make them leave the squares. Because the Iraqi people had mobilized against the current economic and social problems by adopting similar demands in 2011, 2015 and 2018, and consequently the governments had announced reform packages which they never put into effect. For that reason, the Iraqi masses have lost their confidence in the parties that represent the current political order and they demand the fall of the oppressive, sectarian and corrupt regime.

Women’s labor force participation rate is only 12% while labor force participation rate for youth is 26% in the country. This rate reaches up to 48.7% in overall population, which is one of the lowest rates in the region and the world. The poverty rate is 22.5% even according to the government sources. And according to other sources, 13 million people, i.e. around 30% of the country which has a population of 38 million, live under extraordinary conditions of poverty. Rent economy is dominant in Iraq where 90% of the government revenues are generated from oil export and 58% of gross national product depend on oil revenues. No investments are made in fields such as agriculture and manufacturing sectors other than petrochemistry. The Iraqi bourgeoisie, in collaboration with imperialism, exploits a major part of these sources. Total debt of the country is as high as 133 billion dollars.

This picture reveals that the regime which was tried to be established in Iraq with the collaboration of USA and Iran after the military intervention of imperialism in 2003, is completely corrupt in political and economical sense. The Iraqi people’s struggle, which has been maintaining the mobilization spontaneously for approximately one month by targeting the regime to obtain economic and social rights, will be highly determinant in breaking loose from this order.

We, as the International Workers Unity – Fourth International (IWU-FI), support the Iraqi workers’ revolt against capitalist austerity policies and the current regime, and call all revolutionary internationalists to show solidarity with this mobilization. We believe that the announcement of a 4-day general strike by the two teachers’ unions, and the call of other unions and the Iraqi Bar Association to support the demonstration have critical importance in advancing the mobilizations against the regime. However, what is more important is the establishment of an alternative that embraces the demands of workers and aims a break with the imperialism and current order against the potential efforts of the bourgeois opposition to preserve the regime by making partial arrangements or reforms in collaboration with the countries in the region and the imperialism. What will be determinant in perpetuating these mobilizations is such a program of struggle which can be created by the Iraqi class parties and associations and socialists by advancing the demands and organization of the masses, in line with independent policy of working class.

As the People’s Alliance is being dissolved… What kind of a solution?