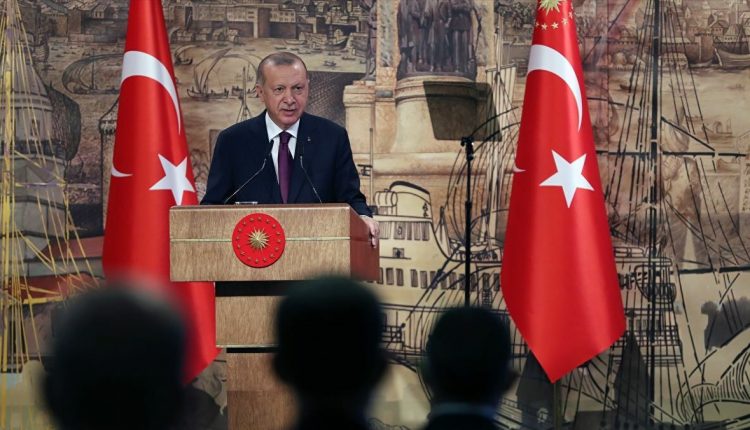 The formula of Erdogan’s regime to extend its life: Lies, war, and repression!

The landscape of destruction that the People’s Alliance is responsible for is becoming more and more clear in every field of life. The economic situation is dire… The broadly defined unemployment has reached 18 million people. The new rise in foreign currency rates means further increase in the cost of living and further meltdown of our wages. The economy shrank by 10 percent in the second quarter, even according to official figures that have lost their reliability a long time ago. The unprecedented state of misery and economic collapse is dissolving the base of the above coalition of the Palace, aka the regime of Erdogan. The Palace, unable to produce consent anymore, tries to extend its life through lies, and through aggressive and oppressive policies.

The Palace embraces lies and “good news” to cover up the destruction in the economy. Neither the official unemployment and inflation figures, nor the coronavirus statistics announced by the government are trusted. The highly intelligent economic managers of the Palace must be aware of this mistrust, as they are trying to strengthen their systematic lies by presenting “gospels.” Although their efforts to announce “gospels” over “gospels” are admirable, these efforts barely produce the expected result. For instance, the effect of the retransformation of Hagia Sophia into a mosque on the public opinion was short-lived, hence came another “gospel” that we miraculously discovered a natural gas deposit in the Black Sea shortly after. Obviously, no one care to mention the fact that the cost of extracting this newly found natural gas is quite close to the expected income to be obtained out of it! The tensions in the Eastern Mediterranean, our “blue homeland defense” and “military successes” were placed at the top of the agenda when the natural gas “gospel” failed to lead to the expected upwards impact on the economy.

The Palace has been following an aggressive, expansionist and adventurous foreign policy for a long time. On the one hand, this policy feeds the “survival” discourse and aims to create social support by instigating nationalist and chauvinist hysteria. On the other hand, it allows the Palace to declare any kind of social opposition against itself as “treachery,” which is used to legitimize further repressive policies. Moreover, new areas for expanding the arms, construction and energy companies that have flourished under the wings of the Palace are currently being sought.

One has to read the latest tension with Greece as part of this process. Instead of pursuing a peaceful and diplomatic policy for oil and natural gas deposits in the Eastern Mediterranean, the Palace administration chose to stand up against Egypt, Greece and Southern Cyprus and started to increase its military activity in the Eastern Mediterranean. Similar policies were implemented by the Zionist Israeli state, which continues to loot the resources of Palestine, as well as by Egypt, Greece, Southern Cyprus. Moreover, imperialist states such as France, the USA, and Italy immediately got involved in the process to get the lion’s share of the resources in the region. Therefore, we are faced with policies of aggression that all bourgeois governments in the region have put forward to the benefit of their own capitalists.

The peoples of the region have no interest in the aggressive and expansionist policies of the regional governments, including the Palace regime. All the richness of the region should be used to the benefit of the working people of the region and should be shared by them in a fraternal manner. Yet, it is not possible to argue the former when it comes to oil and natural gas deposits in the region, for which war winds are blown. These natural resources, which require quite large investments, do not serve either to the humanity or the nature. As global warming drags the whole world to extinction, we need to turn to renewable and clean energy resources that will be more than enough for the Mediterranean people with appropriate technological investments, and not to more fossil fuels. However, the multinational monopolies of imperialism and their small partners in the region who all want to plunder the region are willing to risk anything for more profit, including dragging the peoples of the region into wars.

We must put a stop to these war policies of these governments that are promoted in order to obtain more profit and save their decaying powers. A real break is possible from the Palace regime, which tries to maintain its power through the discourse of “survival,” systematic lies and repressive policies. For this, we must be able to raise an independent class alternative in favor of labor, nature and the fellowship of the peoples of the region.