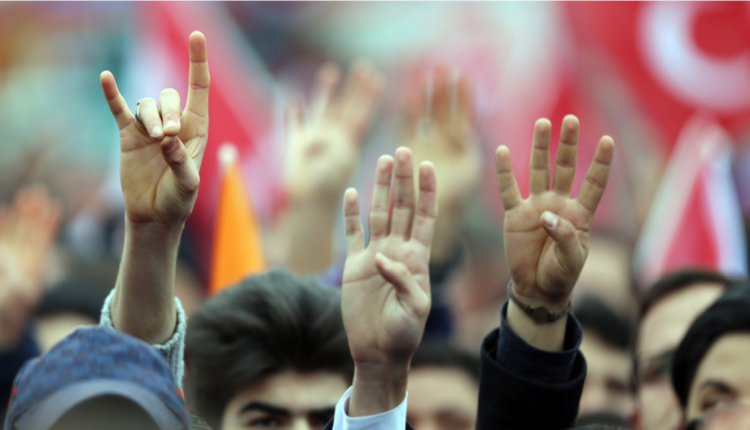 As the People’s Alliance is being dissolved… What kind of a solution?

The People’s Alliance is coming to an end. Social discontent is widespread in the face of the destruction that it has caused in every field from economy to pandemic management, foreign policy, or democratic rights. The parties within the Nation Alliance are simply waiting for the People’s Alliance to wear down more as a result of the accumulating problems and hoping to win the next elections. Meanwhile, the crisis of workers and of the oppressed and exploited segments is getting deeper by the day.

The measures taken and the policies implemented by the Palace government towards the management of the pandemic clearly revealed the anti-worker and pro-boss character of the regime. The partial closure measures taken by the Palace consist of ensuring the continuity of the bosses’ earnings, and as such, they have turned the coronavirus into a working-class disease. While workers risked their lives to earn misery wages, bosses’ profits in various sectors continued to increase during this period. The small business owners who had to keep their shops closed are basically left alone to starve. The spread of the pandemic could have been halted and even eliminated from the very beginning, if a two-month-long complete shutdown was implemented instead of this non-sensical measure of keeping factories and workplaces open while having the rest of the businesses closed. If there was the will, the necessary resources for such a shutdown were readily available. For instance, solely eliminating the robbery of public money through the BOT (Build-Operate-Transfer) contracts and stopping pouring billions into the pockets of the “gang of five” would have been enough to raise the amount for necessary resources. Moreover, measures such as implementing a wealth tax on the rich and stopping foreign debt payments could also have created further resources quickly. Instead, the short-term interests of the bosses took precedence, leading thousands to death because of the coronavirus, and forcing tens of thousands to survive under conditions of misery.

Yet, the image of Turkey drawn by the Palace regime is completely different. Perhaps in an overexcited manner following the arrival of another 6.5 million doses of the vaccine, Erdogan announced that, “we, as a country, managed to leave behind this process with the least trouble, whereas even the most prosperous countries of the world have been witnessing heartbreaking scenes.” For Erdogan, the arrival of 9 million of the required 120 million doses of vaccine to the country seems to be sufficient to overcome the pandemic. Likewise, he claimed that over 46 billion liras of social aid were made, and that no small shop owner had to close its store permanently as a result. The gap between the Palace’s “wonderland” and the realities faced by workers is getting deeper with each passing day.

While the votes for the People’s Alliance are melting, there is no significant increase in the votes for the opposition parties. According to various polls that were recently published, the “undecided” people constitute an increasingly wider segment of the eligible voters. For us, the reason behind this situation is quite clear. Although the constituents of the Nation Alliance, especially the CHP, raise their voice a little bit more and undertake various initiatives through municipal governance channels, they persistently refrain from raising and owning up the most burning demands of the workers and the oppressed, and do not take any action towards these demands. Because, ultimately, they don’t want to scare off the bosses and other ruling powers. As the People’s Alliance loses its force, those within the Nation Alliance want the power to fall into their hands so that they could introduce a few partial reforms and then go on with the business as usual. However, our problems are too severe to be overcome with a few small touches. The severe misery that the large segments of society have fallen into cannot be eliminated by organizing “charity campaigns,” but by radical measures. The workers undertaking resistance actions, whose numbers are increasing every day, are struggling to change the current order of poverty in order to have dignified living conditions. To achieve this, first of all, unpaid leaves and lay offs without compensation that are offered to the bosses as options should be immediately terminated, and all obstacles to unionization should be immediately removed. These solutions won’t materialize if the left and the labor movement formed the “left wing” of the Nation Alliance; they would only become possible by promoting independent class politics. For this reason, we insistently continue to emphasize the need for the widest alliance of workers and for a united struggle in order to break with the current order of oppression and misery.