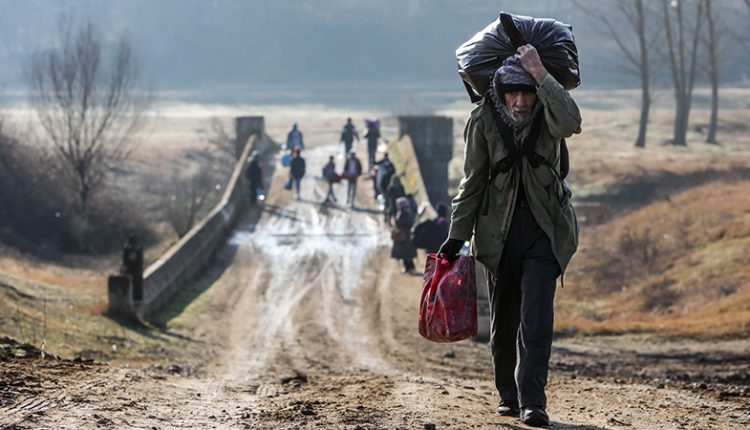 Racist, discriminatory, and aggressive policies towards refugees have been getting stronger and more widespread in recent times. The racist attack on Syrians that took place in the Altındağ district of Ankara was a striking example of this situation. In Altındağ, what happened wasn’t just a lynching attack on Syrians; their shops and houses were looted by racist aggressors as well. What is worse is that the racist campaign against Afghan refugees has also been gaining more ground with each passing day.

It should be noted that the main responsible of this widespread hostility towards refugees is the AKP government that has implemented a hypocritical and self-interested policy about refugees. We have already witnessed the policies and political attitude against Syrians who migrated to Turkey fleeing the oppression and violence of the Assad dictatorship and radical Islamist organizations in their country. It is very probable that that these policies and political attitude will now be reproduced against Afghans who flee Afghanistan after the radical Islamist Taliban took control of Kabul.

The aim of these hypocritical and self-interested policies implemented by the AKP government are two-fold. First, while the government is trying to create a self-image of a “so-called human rights defender” with opening its borders and admitting refugees into the country, it refuses to grant the existing legal international status of refugee to those who have started to live in the country. Instead, it continues to invent new legal statuses for the refugees according to its own immediate interests. One of the most fundamental consequences of this is that refugees fleeing the war or conflict environment in their own country end up having betwixt-and-between statutes vis-à-vis international law when they get to Turkey. And in fact, these unique betwixt-and-between statutes allow the government to attain its primary aim: Providing a new labor source to whom they can impose miserable working conditions for the benefit of the bosses. In doing this, the AKP government further advances its aim to turn Turkey into one of the cheap labor paradises of world capitalism on the one hand, and it tries to create an artificial division among workers in Turkey through racist provocations on the other hand.

Second, the manipulative and self-interested side of the AKP government reveals itself in its attempt to use refugees who have come into the country as a bargaining chip against the EU countries to secure cash inflow into the country. In this regard, the impact of the aggressive immigration policies of the EU countries that prevent refugees from reaching Europe creates a situation out of which the AKP could draw out benefits for itself.

While these above-mentioned politics of the government are the primary factors in the rise of racist and aggressive attitudes towards refugees, the bourgeois opposition who exploits xenophobia with hopes to increase its votes plays an important role in strengthening this discriminatory picture in the Turkish society. Both the latest statements uttered by the Bolu Mayor of the CHP, who came under spotlights with his racist rhetoric in the past, and Kılıçdaroğlu’s declaration that they will send Syrians back to their home in peace without specifying how exactly it would happen both fit into this frame.

In such an environment, the main factor that we, the workers and the oppressed should be aware of is that the source of our problems is not the refugees who had to flee from wars and dictatorship regimes in their countries, but capitalism and governments that sustain it. Those who have never spoken out against imperialist occupations, dictatorship regimes, bosses who see immigrants as a source of cheap labor, the EU that has made Turkey a border guard, or the AKP’s hypocritical and pragmatic immigration policies now prefer to fuel xenophobia by targeting refugees. Class organizations should raise their voices against xenophobia; unions should develop policies to include refugees who are part of the working class, and the socialist movement should stand against racism and expose the hypocritical refugee policies of the EU and the AKP in a more systematic way.