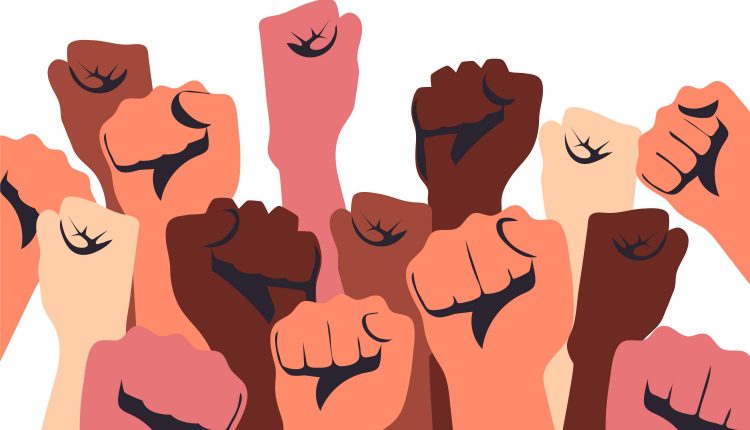 While the destruction caused by the palace regime in every field of life has been deepening every passing day, the disintegration process of the Palace coalition accelerates, and its social support further erodes. Discussions on the political system and early elections have become the main political agenda. In this process, the compositions and the political programs of both the People’s Alliance (of AKP) and the Nation Alliance (of CHP) are becoming clearer. This situation stimulates discussions on possible alliances/fronts within the left and the labor movement.

The powerful parties of the left/socialist movement from the EMEP (Labor Party), the TKP (Communist Party of Turkey), the Left Party to the TIP (Workers’ Party of Turkey) have recently started calling for the establishment of a front/alliance independent from both the People’s and the Nation alliances. The HDP also declared that a third alliance independent of the latter should be established. First, whatever the reason may be and despite being long overdue, the debates within the left movement regarding the necessity of establishing an alliance independent of the parties of the bourgeois order is an extremely positive development. As Newspaper Nisan and Workers’ Democracy Party, we will continue to dedicate our best efforts, as we have done so far, in the realization of this vital necessity of a workers’ front, which we have emphasized for years. However, we should be able to answer how it has become possible for these calls for unity/alliance within the leftist movement —which have suffered from popular frontist (advocating alliances with the so-called “progressive” bourgeois order parties) and/or narrow group-focused (putting the interests of their own groups ahead of the interests of the working class and the oppressed) perspectives for years— to gain traction now? Is it because the perspective of forming alliances with the “progressive” wing of the bourgeoisie has been abandoned? Or, have the narrow group-focused/sectarian perspectives been overcome? The answers to these questions are decisive in predicting the limits as well as the potentials of the current calls.

The main problem that has left a big mark on large sectors of the left/socialist movement in Turkey was substituting the principle of class independence with a perspective of forming a hopeless alliance/front with the CHP, which they considered as “progressive” and “social democrat.” During this recent period when the CHP has started shining as the biggest alternative to the oppressive and plundering Palace regime, the quest for an alliance with them was renewed once again and various left/socialist circles called for the CHP to break away from the right-wing parties and form an alliance with themselves and the HDP instead. When it became clear that the Nation Alliance aligned itself with the conservative, nationalist and Islamist parties, the leftist sectors hoping to tail after the CHP shelved their hope of forming a “democracy alliance” with the latter for the time being and started calling for the establishment of a “third option.” However, it would be too optimistic to say that these sectors of the left have finally begun to see the CHP as a party of the bourgeois order and that they have started defending the principle of ensuring the independence of the working class from the state and the bourgeois parties. Therefore, we can say that what pushed the popular frontist socialist parties to shift their position towards the establishment of a “third option” was the finalization of the CHP’s alliance with the right-wing parties, rather than a fundamental change in their position towards the CHP. Undoubtedly, there may be some overlaps between some of the promises of the CHP and the various urgent demands raised by the socialist movement. In certain concrete situations, even short-term possibilities of unity of action may be contemplated. However, if our goal is not to restore the capitalist order of misery, but to overthrow it instead, then what needs to be done is to build an alliance based on a break from the oppressive regime and capitalism. Therefore, we hope that this “calamity” will push the leftist movement to make a critical self-evaluation and give up its politics of alliance with the “progressive wings of the bourgeoisie.”

Another major problem of the left has been that some groups put their narrow interests before the medium- and long-term interests of the working class and the oppressed. This purports that discussions on possible alliances have almost always come to the fore only during election periods, and when they did so, the grounds for such alliance were reduced to negotiations over elections and candidates rather than ensuring the making of workers and the oppressed active subjects of politics. These short-term and sectarian politics neither healed the loss of blood experienced by the left nor contributed to organizing processes of workers. We hope that this current period of severe crisis that we are going through will be an opportunity to confront these shortsighted perspectives.

As the Palace regime plunges the country into a catastrophe, the vitality of the need for a “third option” independent from bourgeois alliances is more evident than ever. The socialist movement and labor organizations need an independent alliance that breaks away from politics of class cooperation and narrow group-focused perspectives to end the oppressive and anti-worker Palace regime. We insist that this vision should be the point of departure for the ongoing alliance/front discussions, and we will continue to make every effort in this direction.