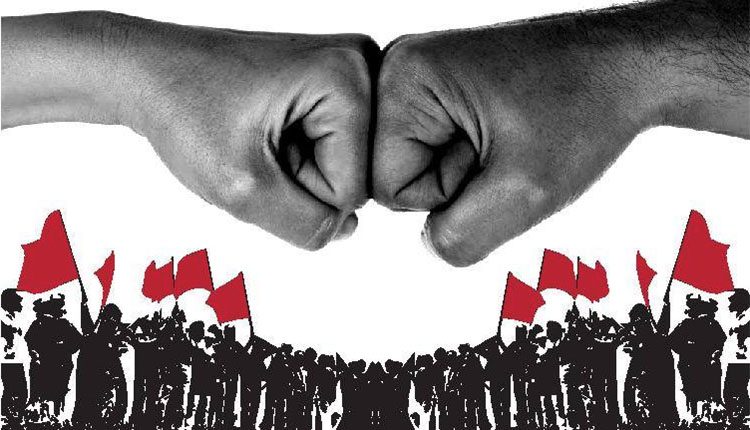 In the aftermath of the announcement of the 2022 minimum wage and of the process of collective bargaining agreement in the metal industry, both of which left the masses of workers in utter dissatisfaction, it was perhaps the Çimsataş workers that ignited the fire of the struggle by occupying the factory where they worked. The rest came in rapid succession. Thousands of workers refused to accept poverty wages, objected to pressures from their unions, and took action. From Farplas workers to workers of Lila Kağıt, Zafer Tekstil, Alpin Çorap, Erzincan Kızılay Beverage, Kayı Construction, Migros Warehouse, Yurtiçi Kargo, Yemeksepeti, Dijitürk from different sectors as well as teachers and health workers… They all call for strikes, street demonstrations, mass protests, which are all traditional forms of struggle of the working class, one after another.

We are entering a new era of struggle. The working class, which has been observing the developments since the entry into force of the presidential system in the country (in other words, Erdogan’s Bonapartist regime), now feels the need to step into the scene. Regardless of the official statements about inflation, workers observe the rapid decline in their living standards in their daily lives, which far exceeds official figures. Therefore, they now feel the need to go beyond verbal criticism.

Widespread struggles are now focused on the economic conditions and are mostly tied to unions. That is to say that workers look for solutions to their problems within the framework of their own workplaces. But as these struggles become more widespread, the commonality of the workers’ problems and demands as well as the relation of the latter to the capitalist system of exploitation will be revealed. On this issue, however, union administrations unfortunately fail to live up to their potential. Instead, they pursue a policy of resolving struggles in favor of business as usual and finding some sort of compromise with the bosses. Of course, we are not trying to attribute a task to union bureaucrats that they themselves never claimed to have undertaken. But exposing this attitude remains to be the main task of socialists and vanguard workers.

In this context, it is necessary to mention the quest for a third alliance within the left. The HDP along with certain left/socialist parties and currents generally conduct alliance discussions and negotiations within the framework of the upcoming elections. However, the new mobilization of the masses of workers unfolds in a way that goes beyond that framework. For this reason, the working class, which is the unique force that is capable of leading social struggles and determining the process thanks to its methods of struggle, needs a unity that goes beyond the question of elections — a front, to put it more concretely. A front that will unite all struggles and organize against Erdogan’s regime and the capitalist exploitation on which the latter is based. Moreover, an alliance structure that could go beyond what the Nation Alliance offers, which doesn’t go beyond a desire to restore the existing system and try to make the exploitation more bearable, will only be possible with this class-oriented front.

In fact, a class-based front is also important in terms of the struggle for democracy itself. It is clear what the Erdogan regime wants to do during the election process that is coming up: more repression, more state violence on the people, more politics of fear and threat towards workers. The constituents of the official opposition respond to these practices with the rhetoric of “we are not calling anyone out to the street anyway,” stepping back and going on the defensive. However, there is a need to develop the struggle for democracy by using all legal and constitutional rights, and not by being on the defensive. Workers show that they are ready to do it as their current struggles demonstrate, but they lack the necessary organization for its undertaking. A Workers’ Front formed by all advanced sectors of the working class and of its organizations, including the trade unions, and a workers’ alliance to be formed around this front will and should give the whole society the power to make an organized and decisive breakthrough in the direction of democracy.