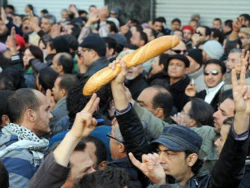 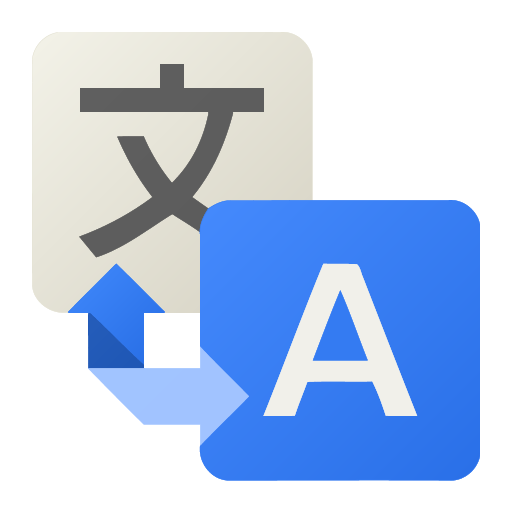 Tunisian people have defeated the dictatorial clan of the ex-president Zine El Abidine Ben Ali through an historical uprising with a permanent and heroic mobilization all over the country. The spark that ignited the insurrection was the setting himself on fire of a young unemployed, Mohamed Bouazizi, on 17th of December, to protest the policemen that knocked over his selling car because he did not have a permit to sell vegetables in the street.

Self scarifying gesture of this young informatics graduate and the despise of the security forces of the regime was so impetuous that the people, with the youth in front, took this episode as the last drop that exceeded the limits of patience of the masses before a dictatorial and corrupt regime, servile of imperialism, above all the French one. From there the protests extended all the cities -even to other countries as Algeria and Jordan- turning into a national insurrection.

Neither the brutal repression of the regime on the masses that took the streets -more than 100 dead and many more injured- nor the “concessions” of Ben Ali -first he declared that he wouldn’t participate in the presidential elections of 2014, and later, that he would summon the elections in six months- convinced the people who knew very well the of a hypocritical government. The pressure of the mobilizations was so strong that the bureaucracy of the UGTT (General Union of Tunisian Workers), the faithful ally of the military-police regime, was forced to support the protests and to open his offices to the rebels so that they could use them as centers of meetings and coordination. Meanwhile several sectors of the working class -especially health, transport, mining and education- declared strikes claiming democracy and work. With the entry of the working class in the revolutionary process the regime exhausted all its possibilities of enduring with Ben Ali still at the head, and finally the clan of the President is send to exile on January 15, who landed to Saudi Arabia after being refused by his French beneficent ally, Nicolás Sarkozy.

A revolution in process

After the fleeing of Ben Ali to exile, the Prime Minister of the regime, Mohamed Ganouchi, assumed the presidential functions, but soon was replaced by the President of the Parliament, Fued Mebaza who entrusted to Ganouchi the formation of a new government of “national concentration”. Thus begun the maneuvers of the regime to change everything so that nothing changes. Ganouchi incorporated in his government the leaders of three legal and insignificant parties -Progressive Democratic Party, Democratic Forum for Work and the Freedoms, and Ettajdid (“Renaissance”)- and some “independents” to give to the new executive a democratic and national unity appearance. Nevertheless, it preserved all the important positions – ministries of interior, exterior and defense- for his party, the Democratic Constitutional Regrouping (RCD), which governed the country for more than 50 years with dictatorial means.

The first reaction of most of the Tunisian people to this maneuver was distrust, so that several thousands of people took again the streets to demand the dissolution of the party of Ben Ali, shouting “The revolution continues … RCD Out…” While the police were dispersing the demonstrators with water cannons, tear-grenades and shots to the air, Ganouchi tried to calm and demobilize to the masses with new promises: that the political formations would be legalized ffor the coming legislative elections, “that would be celebrated in six months”, and that the political prisoners might leave the prisons. The “changes” were also including the elimination of the Intelligence ministry and the investigation of all suspected for corruption.

On the other hand, against the provocations and lootings of the henchman bands and of the members of the old presidential guard of Ben Ali, who tried to create confusion and chaos between the population, the neighbors created popular vigilance militias in several cities and quarters. These militias also put themselves to the search of the collaborators of the regime and began confiscating several properties of “the family” of Ben Ali stolen from the people.

Also suspicion reigns towards the new government in the sectors that presently do not see sufficient conditions for the celebration of a really democratic elections. The most important thing is that inside the trade union of the UGTT, there are forces that refuse the formation of a government which includes the party of the Ben Ali regime. These groups don’t have faith in a political transition guided by the formation that has governed the country during the dictatorship. The regional bases of the UGTT in the western and southern parts of the country bet for a rupture with the previous regime. These are the sectors of the provinces where “the jasmine revolution” was forged and they are against the positions of the national leadership of the trade union, which has proved to be for entering the national unity government. Proof of this frontal rejection was the 17th of January demonstration in which the masses demanded the dissolution of the regime party in Gafsa, an area in the southern west of the country where there are the phosphate mines (one of the principal income sources of Tunisia). The workers demonstrations of Tuesday 18th obliged the Confederation leadership to withdraw its three members from the Ganouchi government and demanded the dissolution of the RCD.

In the cities of Gafsa, Kasserine, Sidi Bouzid or Tala, where the mobilizations already fulfill more than one month, after the flight of the police and of the municipal authorities the masses organized popular committees to organize the security, food supplies, healthcare, cleaning of the neighborhoods… In some cases they are elected and they are formed by trade unionists, teachers and lawyers who fought against the regime. These committees keep on calling for demonstrations against a regime agreed transition.

Don’t let them steal our revolution

Everything indicates that the Tunisian military – police regime, with the support of the US and European imperialism, will try to suffocate the current revolution combining the repression with a policy of democratic reaction, by the way of a new elect parliament with the bourgeois and pro-imperialist parties. A parliament and a government that perhaps will investigate the “excesses” of corruption of Ben Ali, but that will continue with the privatizations of the public enterprises; that perhaps would punish some high officials of the ancient government security forces, but that will not dismantle essentially the machinery of state repression; that perhaps would legalize the political parties, but that will knock upon all the revolutionary currents with the justification of “struggle against terrorism”.

But the cynical manipulations of the imperialism don’t finish with the formation of a new government with the tool of the old regime (the RCD): while Sarkozy forms an “government in exile” in Paris with faithful politicians, Great Britain prepares to send to Tunisia the leader of the Islamist party Ennadah, Rached Ghanuchi, exiled to London in 1989. For his part, the USA guarantees the permanence of the country in the international capitalist market with the assignation of Mustafa Kamel Nabli (a high official of the regime of Ben Ali who collaborated closely with the World Bank in the pillaging of Tunisia) as the director of the Tunisian Central Bank.

The future of the Tunisian revolution depends now on the permanent mobilization of the working class, the bases of the UGTT and of the youth, and in the permanence, the generalization and the centralization of the popular militias. The dissolution of the RCD and the dismantling of the instruments of repression of the regime (the police and the army) by the workers and the popular organizations seem to be the first steps to finish with the Bonapartist regime that reigned in the country from its foundation. This regime is the perfect instrument of the imperialism to dominate Tunisia as a semi-colonial country, to pillage it and to use it as a spearhead to submit the Arab peoples in the Maghreb.

That’s why up to the last moment the European Union, and particularly the French imperialism, have supported Ben Ali. The complicity of the imperialism with the dictatorship remains clear in the words of the French minister Michèle Alliot-Marie, who offered last week the formation anti-disturbances forces to the regime when it was murdering demonstrators in the streets. On Monday, the European Parliament rejected, with the right wing and the social democrats’ votes, a resolution in support to the Tunisian revolution and condemnation to the dictatorship.

The legalization of all the parties and the formation of a sovereign Constituent Assembly that assumes all the powers will be the guarantees to finish with the ancient regime and to take the first steps towards a truly democratic system. And also, to build a more just economy, with worthy wages and work for all, it seems to be essential the confiscation of the properties of the clan of Ben Ali stolen from the people, the expropriation of the interests of the imperialism in the country and the design of a central economic plan under workers’ control. The Tunisian people don’t have the obligation to pay the foreign debt: Let Ben Ali, his family and the thieves of the ancient regime
pay it!

The Tunisian revolution will be the first blow to the imperialism and its lackey governments in the Maghreb. In fact already it begun mobilizations in Egypt, Algeria, Morocco, Mauritania, Jordan, Saudi Arabia … Gaddafi of Libya is praising Ben Ali for his “work”, because of his fear of the masses that hope to finish with the dictator. The imperialist countries ask for “return to the normality” in Tunisia, to continue with its pillaging in North Africa and Middle East. A revolutionary working class and popular victory in Tunisia will change the whole situation in the area and will give a push towards the social and political emancipation of the Arab peoples.

The international solidarity is essential for the victory of the Tunisian workers and the youth. The workers and democratic organizations in Europe must assume as a priority the support of the current revolution.

Imperialism out of the Maghreb!